TSS Journal 1608/ It’s Not Always about Winning the Heat 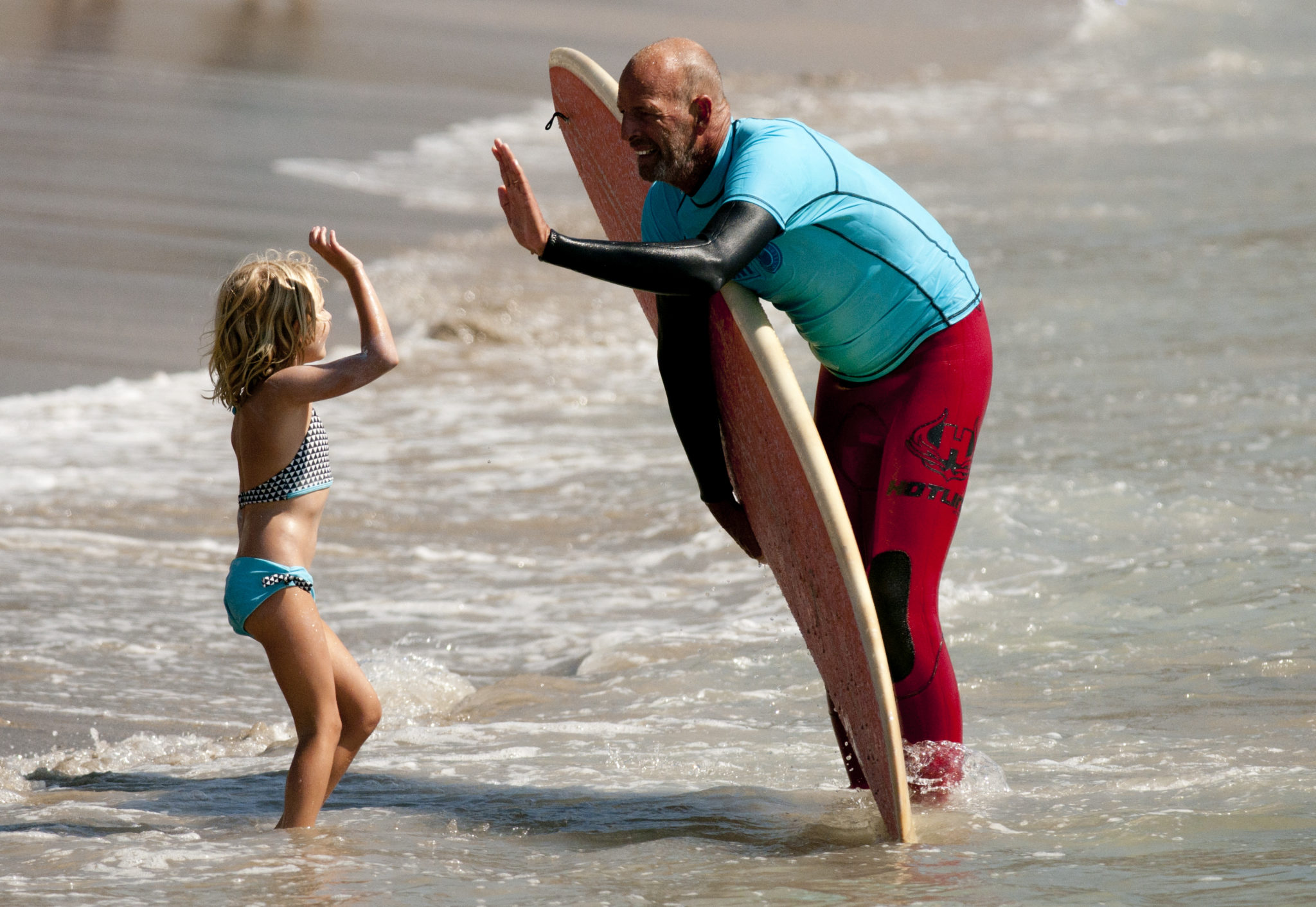 Posted at 17:49h in Uncategorized by Citrus 0 Comments
0 Likes
Share 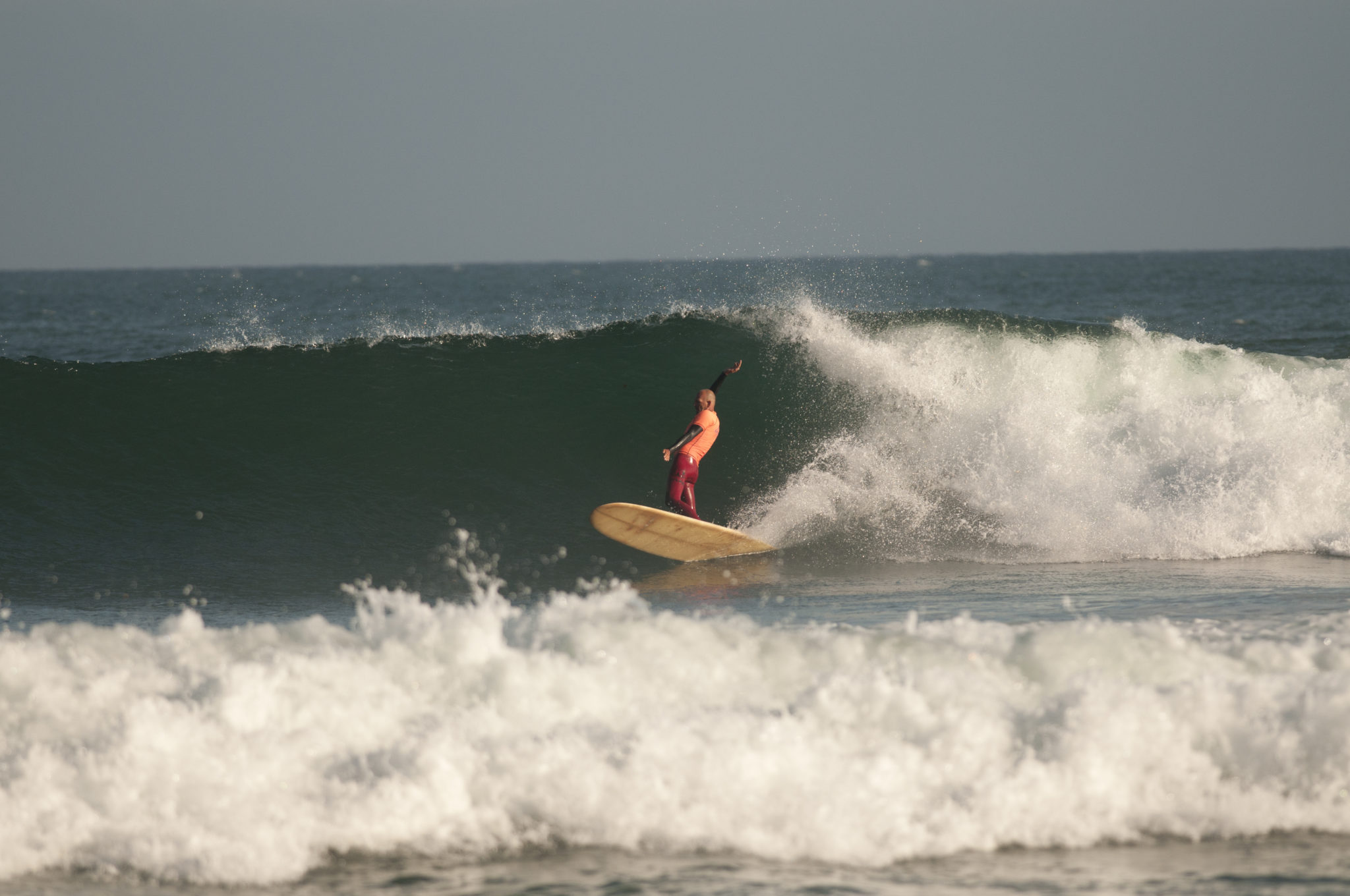 Flash back to a couple of years ago when I was in one of the Malibu events. The surf was small, two to three feet, and inconsistent. When you have six contestants in less then ideal conditions you can never perform to your highest abilities, which is the main flaw in competitive surfing. When the waves, wind, tides and direction aren’t ideal these conditions cause each competitor a lot of stress and fear. Fear of missing that one good wave, fear of falling on the good wave, fear of losing, fear of embarrassment. Bottom line, the fear of failure and disappointment. As most surfing events are held in less than ideal conditions, friends turn into combatants. A surfing contest can degrade into a paddling war.

After making it to the finals, we watched and studied the pattern, size, shape and consistency of the waves. It was not ideal. A horn blasted, we paddled out, scanning the horizon for any kind of wave. As I remember it I got into a good rhythm with the small waves. After ten minutes in a fifteen-minute heat, I knew I was in the lead.

With everything and nothing on the make believe line, I was in full combat mode, only a few minutes away from certain victory and total domination. It was me and my once great friend and legend, Wayne Rich, sitting outside. I was smiling and he was fuming with disappointment. The last wave was coming. He was frothing to get it and possibly move into 2nd place contention. I looked him in the eye and said, “Go Rich! It’s yours.” He swung wide towards the channel to ensure a long ride or what I call a full pull, leaving an opening for me, tapping into my primordial instinct of kill or be killed, success or failure. I spun and back doored him. I had lied to him.  I had succumbed to my own fear of failure. I went by him in a blaze of fearful greed. I wronged him, and for what? Bragging rights? A lame trophy? To impress peers?

After being on the stage receiving my greedy rewards, he came up to me and expressed his anger and frustration with me. I was crushed.  I had traded my ego-driven fear for the reality of losing a great and special friend.

Fast forward to this year’s Malibu event. Same case scenario, same stress, same faces, same task at hand. I had easily won my first two heats. But this time, in the final, I was losing with five minutes left. I needed one big score to win or get close. I’m groveling for anything. Alan Sarlo, also in the heat, is a short board legend. A beast of a surfer and an OG Dog Town member. He has never won here. His long boarding lacks some finesse, but in power he is not shorted. It’s me and him. A good wave comes, I have the inside track, then it happens: “Go Alan.” He leaves the door open, an opportunity is in my face. But instead of using everything evil inside me, I flashback to Wayne. I didn’t go. Alan ripped the wave into pieces like he does, and I get nothing. Once on the beach I felt people looking at me, wondering, what happened to Terrible Terry, where was the mad dog unleashed? Why didn’t he do what he does?

Leaving the water my wife and daughter, Indira, ran up to greet me. Indira said, “Daddy you lost”! My reply made me realize I had not lost: “Yes Indi, but Daddy had so much fun playing in the ocean together with his friends that we all won”! Onstage, Alan smiled at me and whispered “Thanks for that wave.” He placed 2nd, his highest finish to date.

For me, at the end of 30 years of being afraid to lose, being afraid to win, being afraid to disappoint, I had slaughtered my Dragon Demon of fear. I crushed my false thirst for victories. I have discovered in surfing there is only one failing: forgetting your friends and family.

Contests always turn out to be extreme places of joy for some and pain for others. Like our presidential race last week, we learn more from our wipe-outs than we do from the waves we make. To quote the great Winston Churchill: “Success is not final, failure is not fatal, it is the courage to continue that counts.”

Email me for anything anytime. I am home for the next two weeks.